WEBINAR:
“The Rule of Law and the Independence of the Judiciary; A European Perspective”

On 1 March, diritticomparati and EU law live will organise a debate on “The Rule of Law and the Independence of the Judiciary; A European Perspective”. The President of the European Court of Human Rights, Robert Spano, will be presenting his latest article just published in the European Law Journal. Following this, judges Krystyna Kowalik-Bańczyk (General Court) and Raffaele Sabato (European Court of Human Rights) and Advocate General Giovanni Pitruzzella will be discussing the topic. Finally, the Editor in Chief of the European Law Journal, Karine Caunes and Giuseppe Martinico will act as discussants. Oreste Pollicino will be chairing the session. Daniel Sarmiento will offer the final remarks. 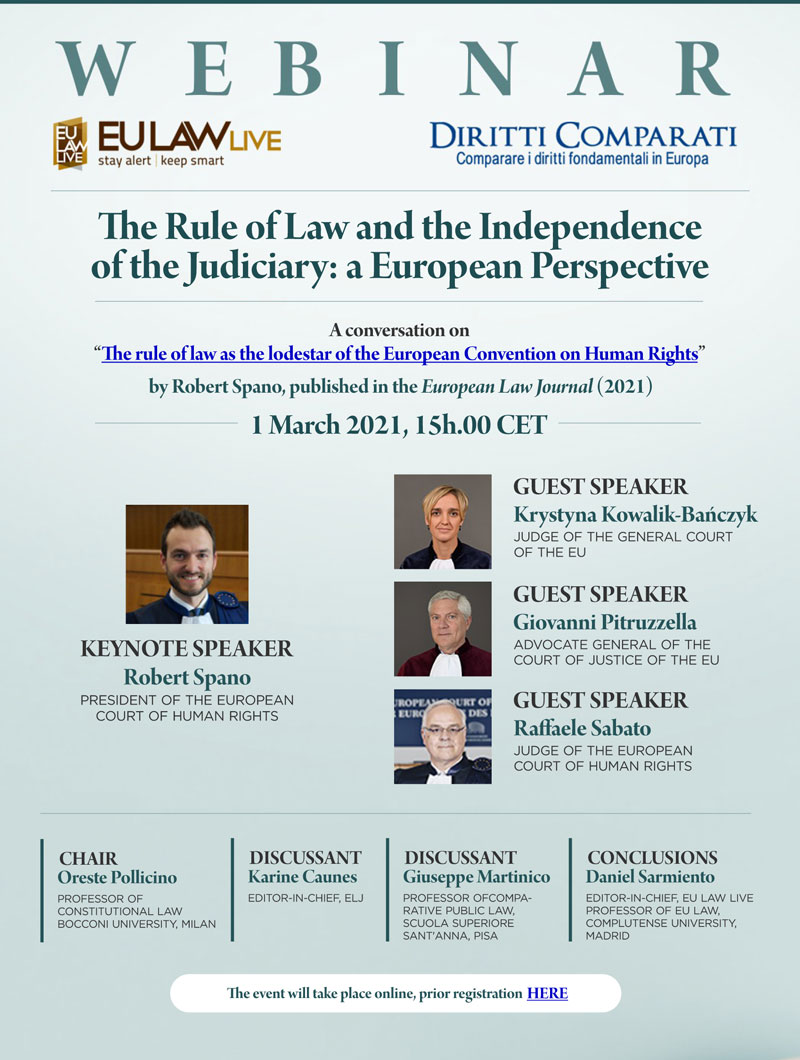